CRV is a governance token on the Curve platform with time-weighted voting and value accrual mechanisms. 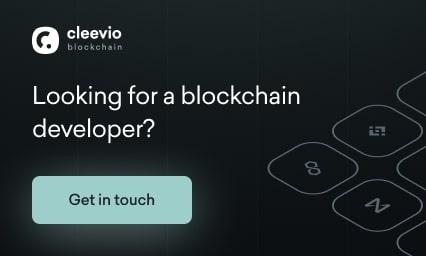 What is the price of Curve DAO Token today?

One Curve DAO Token coin can currently be purchased for approximately $0.9847.

The official website of Curve DAO Token is www.curve.fi.

What is the Curve DAO Token Market Cap today?

Trading volume of Curve DAO Token in the last 24h was $1,310,915, which is approximately 0.10% of its current market cap. That means Curve DAO Token has had relatively low trading activity in the past day.

How much money is in Curve DAO Token Liquidity Pool?

How many people are holding Curve DAO Token?

There are 90,262 holders of Curve DAO Token, which includes 27 large holders (wallets with more than 1.7B CRV)

How many followers does Curve DAO Token have on Twitter?

How many members does the Curve DAO Token Telegram channel have?

How many members does the Curve DAO Token Discord server have?

All You Need to Know About Curve.finance

Curve finance is an Automated market maker (AMM) platform, built originally on the Ethereum blockchain, but at this time supports many other networks. It allows users to trade pegged assets (USDC, wBTC) with low fees, slippage, and reduced risk of impermanent loss.

A decentralized exchange (DEX) is a digital platform that allows users to buy and sell crypto-related assets directly with each other, without the need for a central authority or intermediary.

DEXs are built on blockchain technology, which enables peer-to-peer (P2P) transactions and allows users to remain in control of their assets at all times.

A bit of History

Curve was launched in January 2020. It was developed by a team led by Russian physicist Michael Egorov, who also founded a fintech company called NuCypher. Right after its launch, the Curve platform experienced a massive rise in Total Value Locked (TVL).

The platform's own token CRV was launched later in August of that year. It happened even before the own launch was scheduled - an anonymous developer took advantage of the open-source smart contract and DAO code on GitHub and deployed them on the Ethereum network. Curve finance team was originally skeptical, but later they acknowledged the front-running and went on with it.

Main benefit of the Curve exchange lies in low slippage trading of pegged assets. These are assets that are meant to closely track the price of another asset. All stablecoins are examples of pegged assets (USDC, DAI, USDT) since they track the price of USD. Other examples include wrapped or staked versions of tokens, such as wrapped bitcoin (wBTC), or ether (wETH). Wrapped versions of tokens serve as their representation on other chains.

When swapping a pair of the same type of pegged assets, there should be a theoretical exchange rate of 1:1. However that is not always the case and you will find a slight deviation of the price on most exchanges. Constant product formula in the Curve platform ensures that this price deviation remains low.

Slippage comes into play when there is a difference between the expected price of a trade and the price at which the trade is actually executed. Slippage can occur when there is a lack of liquidity in the market or in sudden price movements.

Curve liquidity pools utilize AMMs (automatic market makers) to automatically set a price of an asset according to its amount in the pool. Users can use these pools to exchange pegged assets for one another with low slippage and fees.

Unlike liquidity pools on other platforms, Curve pools can contain as much as 5 assets. They achieve this by utilizing a tweaked constant product formula - the pools still have fixed proportions. An example of this is the Tricrypto2 pool, in which you can find USDT, wBTC and ETH all in a proportion of around 33,33 %.

These pools provide greater diversification and mitigate the risk of impermanent loss for liquidity providers. Combining multiple assets in one pool also reduces the total amount of trading pairs and therefore less routing is needed.

By placing your assets in a liquidity pool, you become a liquidity provider. Assets are provided typically in the proportion of the pool - for example, USDT and USDC in equal amounts. There is a possibility to deposit only one asset, however, that asset will be later converted to match the proportions of the pool. You will always get exposure to all assets included.

Liquidity providers are entitled to a share of collected trading fees - stated as an APR (annual percentage rate) of the pool. Rewards are distributed in form of accruing liquidity and CRV tokens. CRV is a governance and incentive token of the Curve platform.

It can be either converted to other assets and re-deposited back into the pool, or locked for a period of time to boost following rewards and participate in governance - Vote-escrowed (veCRV). To get the CRV rewards it is essential to also stake the liquidity deposited on the platform.

The Curve platform is governed by Curve DAO (decentralized autonomous organization), which consists of many members across the globe. The CRV token allows holders to participate in the decision-making process of the platform.

CRV holders can propose and vote on governance proposals, which affect the platform's operation and direction. Proposals may include changes to the fee structure, the addition of new liquidity pools, or other updates to the platform. Changes are then implemented by the developer team.